Investing may have changed over the years, but the propensity of humans to do what the next person does, seems as strong as ever.

I was conducting an interview with a prospective employee a few months ago and, in order to see where his thinking was at, I decided to ask him how he might invest a hypothetical R1m. He responded by saying that he would place a significant amount of this money in a well-known leading JSE-listed share.

Now I'm not passing judgement on this particular share as a security selection – there are far more qualified people than me to do so – but what intrigued me was why he'd selected this specific security. On pressing him for his reasoning, he struggled to articulate his thinking and my conclusion was that he may have succumbed to herd mentality, also known as the fear of missing out, or 'fomo'.

What is herd mentality?

Think back to a moment when you were younger, a teenager perhaps, and there was something you wanted to do because it was suddenly cool and it seemed like everyone you know – and many people you didn't – were doing it. Just as you're about to dive into whatever the fad of the season is, someone (a parent, teacher, observant adult) stops you and tells you no. "But everybody’s doing it!" you whine. "And if everyone jumped off a bridge, would you do it too?" comes the retort. If this exchange is familiar to you, then you already know something about herd mentality.

People tend to mimic or emulate the actions of other people in a large group. Unfortunately for all of us, we don't always choose to imitate the rational behaviours of others. Sometimes, herd mentality stems from copying the actions of people of high status, but often, herd behaviour is the result of going with the crowd.

We see lots of examples of herd mentality in investing and financial decisions, due in no small part to the fact that many people don’t really understand what they are doing when it comes to the markets. Let's start with a classic example of herd mentality: the tulip mania.

In the late 16th century, the Dutch tulip market was booming. Tulips were a novelty for most of the world and were one of Holland’s major exports. They were so popular that men were making and losing fortunes in one night. In fact, tulips were selling at as much as 10 times the price of the work from skilled craftsmen. The price of tulips skyrocketed thanks to trading in tulip futures. When the bubble (widely considered to be the first such financial bubble) finally burst in 1637, fortunes were lost. Why would people go crazy for tulips? The simple answer is herd mentality.

From our perspective almost 400 years later, trading on tulip futures seems ridiculous. Why would anyone do that? However, we should not throw stones. Two modern bubbles were almost as ridiculous: the dotcom bubble at the tail-end of the 20th century, and the subprime mortgage crisis of 2008. Critics of the cryptocurrency boom of recent years suggest that a similar phenomenon may be taking place in that space.

Modern investment decisions can be fuelled as much by emotion as logic, perhaps more so. We observe our peers funnelling cash into apparently sound investments – investments that are sure to go up and make us rich! When that happens, most people follow suit. Few individuals take the time and effort to do the research, but rather, are swept up in the rising tide of enthusiasm and hype.

In a Twitter thread from author Jim O’Shaughnessy in July, he offered, among other things, these sage observations on the predictability of human nature.

How to avoid the herd mentality and make better investment decisions

As ever, when it comes to investing, you have to do the research and follow the path of logic and facts, not the way of media hype and enthusiasm from all quarters. If you can learn to use the conscious part of your brain for investment decisions, you can pick up stocks that others may be overlooking – and sell before the next bubble pops.

If you cannot give enough time to doing the research yourself, consult your financial adviser. 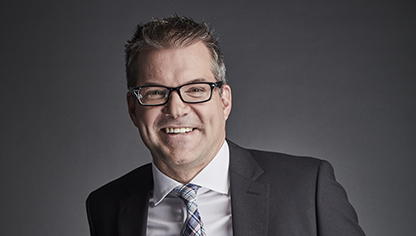 Patrick is a senior private client wealth manager with Investec Wealth & Investment, specialising in providing holistic investment planning advice to some of South Africa’s high net worth and ultra-high net worth individuals, families and their associated entities.

Investing is made easier when you know all the variables. Receive an investment solution that provides a level of certainty to your returns under particular market conditions.