The downgrade by the last rating agency to rate the country's investment grade has far-reaching implications for the rand and the SA economy.

This does not bode well for the country's growth trajectory as South Africa's credit rating is now one notch below investment grade. It was previously at Baa3 (investment grade) with a stable outlook and, while a downgrade to sub-investment grade was not the expected view, some polls indicated otherwise.

Both Fitch Ratings and S&P have already downgraded the country’s sovereign debt to sub-investment grade. This occurred in the wake of former president Jacob Zuma’s overnight cabinet reshuffle in 2017.

South Africa’s GDP is already facing contraction, further exacerbated by a nationwide lockdown in the wake of the Covid-19 breakout. Despite stringent measures to contain the virus, the first deaths have since been reported.

While extensive plans for economic support are intended to protect incomes over the 21-day shutdown, a sharp contraction in GDP appears unavoidable.

"The additional expenditure measures government seeks to institute in South Africa to provide some support in the face of Covid-19 will worsen government finances, as will the contraction in GDP and the negative impact to corporate and household incomes on the shutdown," said Annabel Bishop, Investec Chief Economist. "But breaking the spread of Covid-19 is paramount, and the costs will be even more substantial if it is not."

In 2017, Moody’s had said it would downgrade SA if its “economic, institutional and fiscal strength … continue to weaken” or if “measures to address funding gaps over the next two years lacked credibility or that the lack of progress with structural reforms effort would result in an environment not conducive to investment and growth.”

Moody’s cites the following key reasons for the downgrade:

·       Inexorable rise in government debt over the medium term.

Significant currency outflows will hit the government bond market as a result of the sovereign downgrade, which could cause further rand weakness and higher bond yields.

Foreign investors remain the largest single category of holders of domestic government bonds (at approximately 37%), according to Treasury.

Investec Focus will bring you insights and analysis next week on what the downgrade means for you and your business. 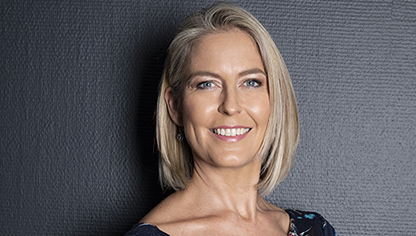 Angela read for a Bachelor of Journalism degree at Rhodes University in Grahamstown in the early nineties, followed by a two-year stint at the SABC. Soon after, she went backpacking for 10 years! Prior to joining Investec's content team, Angela spent nine years as an Output Editor on the newsdesk at eNCA, both in TV news and Online. Before that, she spent eight years in the corporate sphere, in the Investment Banking and other divisions of Goldman Sachs both in London and Johannesburg.

A tailored transactional account for you to manage your business finances and cash flow effectively. We offer a credit card with current account functionality at competitive interest rates.

Looking for finance to help grow your business, property or lifestyle assets, including finance to expand your professional practice or grow your investment portfolio? Look no further.

Whether you're a corporate or institution, charity or trust, choose from our innovative investment options, designed to serve your market views and investment appetite.