Saving the sandfish – a case study in biodiversity

Efforts to save the sandfish, a fish endemic to a few rivers in the Western Cape, provide an example of what we can all do to promote biodiversity.

With all the difficulty the world is facing currently, it’s often a challenge to see the positive through the dark haze of pandemics, war and other scourges of humanity. Yet it’s often during these times that ordinary people stand up, lead and ultimately make a major contribution to society. We saw this during the pandemic when people from different sectors and walks of life did their bit to help those most desperately in need. In the case of Ukraine, the most obvious example has been the leadership shown by President Volodymyr Zelensky. While Ukraine’s future is far from certain, a true leader has emerged in the darkest of times for his country. Having risen from relative obscurity and zero political or military experience, it’s a wonderful example of how anyone can make a positive difference to the world, no matter your background, standing or experience if there is a desire to do so.

There is a different war being fought all over the world every day and that is the war that we as humans are waging against the earth. While climate change is a real and direct threat to humanity, the loss of biodiversity caused by human activity is probably an even greater threat to our continued existence.

You may ask: why is biodiversity important? According to the World Economic Forum, biodiversity is crucial in ensuring food security, fighting disease, supporting livelihoods and providing natural buffers to natural disasters, among other benefits. Millions of species work together to help provide the foods we eat, while also providing the material for new drugs and treatments. Biodiverse ecosystems work to replenish our soils and provide protection against storms, floods and droughts.

We can stall and even reverse the threats to biodiversity if, like President Zelensky, we feel that there is something worth fighting for. In the Western Cape, we have a small group of scientists who, operating on a shoestring budget, are focusing on freshwater river conservation.  They have made a massive impact and have now gained global recognition for their efforts.

The scientists are fighting for the continued existence of several species that are endemic to the rivers of the province and the general health of life-giving waterways. It’s a herculean task, with many stakeholders and challenges, but they are making a difference with a bucketload of dedication and passion for their cause.

As Investec, we are proud to be involved with one of the initiatives called ‘Saving Sandfish’, a project undertaken by Dr Jeremy Shelton and his team at the Freshwater Research Centre. Their goal is to save one of Africa’s most threatened fish, which only breeds in a few isolated rivers of the Western Cape. The indigenous Clanwilliam sandfish (Labeo seeberi) is endangered largely as a result of alien invasive fish species as well as habitat degradation, which impacts negatively on their spawning migrations. Over the past two years, the team has made great strides in understanding the spawning behaviour of these fish through data captured from microchip tags inserted into certain adult fish and a big part of the project is to raise juvenile sandfish to ‘predator proof’ size, before releasing them back into the river systems. The positive results are already being seen and for the first time in many decades, a spawning event was documented by Dr Shelton and the team last year.

While scientists like Jeremy have dedicated their lives and careers to these initiatives, it’s the contributions from ordinary people that have the power to make projects like ‘Saving Sandfish’ possible. Some have asked me, why the sandfish? The sandfish is a simple metaphor for all of life and everything we hold dear in the world which if not cherished and cared for may not be there for our grandchildren and their children.

A large part of our ESG (environmental, social and governance) investment process is based on the principles of the UN’s Sustainable Development Goals. The sandfish project encapsulates many of these, most notably goal 14 ‘Life below water’, and we hope that this gives our clients the comfort of knowing that we are helping to solve these global issues and be part of the solution.

For more on the Saving Sandfish project, click here: https://www.fishwaterfilms.com/project/saving-sandfish

Learn more on the SDGs 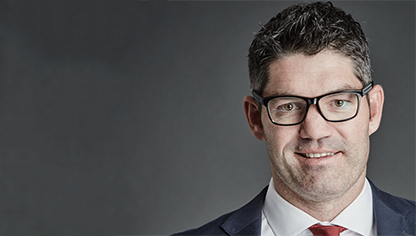 Ewan is a Wealth manager for high net worth individuals. He completed his accounting articles post-university and then moved on to a global mining company where he was a coal trader for three years. His interest has always been in financial markets and, specifically, investments which ultimately led him to Investec all those years ago.