Got to be certain

How comfortable the market is about future expectations impacts investor sentiment. Currently, the sentiment moves are ‘quick and loud’ or ‘slow and quiet’.

This article forms part of the UK's 'Weekly Digest' series.

John Wyn-Evans is away, so he’s handed over control of the Digest this week. This is an up-front disclosure because last time this happened, a paragraph about coveting Theresa May’s leopard-print kitten heels led to John receiving a much higher number of email responses than is the norm. Oops. But I’m not going to talk about shoes. No, there’s something even better - doors.

With another General Election looming, our news services are treating us to a rolling set of views given by reporters standing outside the door of 10 Downing Street. But why stand outside the door? It’s cold. It’s generally a bit dark. Nobody is going to burst out of the door. At best you might get a pigeon walking about on the step. It’s because the door is a metaphor for stability and constancy.

Whoever holds the office of Prime Minister, and whatever you think of them (and their shoes), that door is always going to be there. Which means that presenting in front of it is pretty much the only way that news reporters can get these reassuring concepts across when speaking about a subject that – particularly right now – feels pretty much anything but stable and sure.

They do this because they know that human beings have a fundamental need for certainty – we like knowing what to expect. It makes us feel comfortable and it allows us to plan. And getting as much certainty as possible is the name of the game in investing.

This is why Brexit and the discussions around US/China trade take up so much of our time and Weekly Digest pages – the amount of comfort (or the lack of) the market has in its expectations about what will happen in the future are having massive impacts on investor sentiment. Take the past week for instance, where better news on trade gave the market more confidence and led to a $7.2 billion move into equities through mutual funds and ETFs (in the week to Wednesday) – the biggest inflow in two years.

There are two types of sentiment move happening at the minute, and the flows above are indicative of the first type – the ‘quick and loud’ move. Certain pieces of data are baked into market participants’ assumptions, and so investors can make reasonably quick rotations on the back of their assumptions being confirmed, or not.

This happens with both macroeconomic news – for example, a more dovish tone from the MPC (though there was no change in UK monetary policy) was reflected in an immediate weakness in sterling, and it can also be seen in individual stocks, like Uber’s earnings coming up short of expectations which lead to the share price falling by 10%. As I’m writing this, on Friday night, share prices are reacting negatively to another Trump press conference about Chinese trade, and so we’re left wondering if any of that $7.2 billion will move back out of equities.

These ‘quick and loud’ moves can be a bit exhausting, so it’s preferable (and much better for the blood pressure) to watch the other type, which we could call the ‘slow and quiet’ sentiment moves. It can currently be best seen in higher numbers of investors adopting thematic investing as a strategy.

There are a number of longer term, persistent themes on which people can hang their hat wth a higher degree of confidence, because they believe they are like Downing Street's door - structural and solid

In an environment of slowing growth, persistently low interest rates, and political upheaval, it’s super difficult to get certainty in the near term, or even the medium term. But there are a number of longer-term, persistent themes on which people can hang their hat with a higher degree of confidence because they believe they are like Downing Street’s door – structural and solid.

There are three main themes that are being recognised as having these attributes – everyone has their own definitions, but we are calling them Changing Socio-demographics, Preserving the Earth, and Transforming Technology. Effectively, there will be more people and in certain areas of the world, populations will be getting older.

We are inhabiting the planet in a way that is stretching its natural resources, while at the same time experiencing a ‘fourth industrial revolution’ in technological development. These are profound changes that won’t be derailed by a presidential tweet, and so can give investors with a long time horizon a better framework for deciding where to put their money.

However, that doesn’t mean that we should be rushing to stick our money in every niche fund with a ‘thematic’ label that is being launched right now. Just because something is a nice idea and fits within the framework doesn’t necessarily mean it’s profitable, it doesn’t mean that valuations don’t matter, and it doesn’t ensure that policy or product responses will necessarily be the right ones that fit our expectations perfectly. If anything, the fact that we have to look further out makes things more complex. Even if we are sure of the destination, it doesn’t mean that the journey is going to be any more straightforward.

We need to be aware of the most is false certainty, and we should accept that volatility is likely to be higher in a world where investors are trying to grasp on to both short and long term futures

As investors, we’re always looking to challenge our biases and understand those of others. I think that right now, one of the things we need to be aware of the most is false certainty, and we should accept that volatility is likely to be higher in a world where investors are trying to grasp on to both short and long term futures. As for understanding the volatility, we might see leading up to someone new walking through Downing Street’s doors, I’ll leave that to Mr Wyn-Evans when he’s back.

Finally, Mark Lester played the title role in the 1968 film musical Oliver! This week, for which constituency did Oliver Cromwell serve as MP? 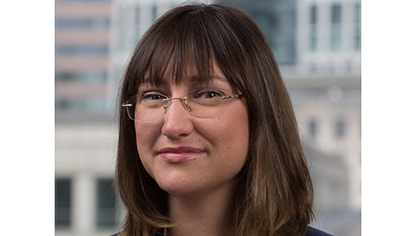 Stacey holds bachelor degrees in European Business from the University of Portsmouth and Bordeaux Ecole de Management, and an MA in European Politics and Economics from Durham University. She is a Chartered Fellow of the Chartered Institute for Securities and Investment (Chartered FCSI) and hold the CISI Diploma.

The Global Investment Strategy Group brings together our leading strategic thinkers to ensure the management of your portfolio is based on a comprehensive global macroeconomic outlook.