The upside of disinflation

Falling inflation expectations around the world presents a “sweet spot” and a great opportunity for the SA economy.

The latest high frequency indicators point to a slowdown in global growth, something that has received due attention in the financial media. Global trade has stalled, and broad commodity price indices are down meaningfully off their April highs.

Longer-term inflation expectations have taken their cue from the recent decline in inflation rates. The five-year inflation rate expected in five years’ time (termed the “5y5y”) has been in decline in both Europe and the US since early May.

The UK is a notable exception – presumably this reflects concerns about pound weakness and subsequently higher inflation, should the Brexit negotiations not be resolved amicably. Both the Fed and the European Central Bank (ECB) will be concerned that longer-term inflation expectations have fallen below 2%.

The central banks of Australia and India have recently cut, and the market is now pricing in at least one cut from the Fed by year-end with near certainty. It’s also pricing in a 50% probability of three cuts of 0.25 percentage points each, by year-end.

The ECB has committed to not hiking until the middle of 2020 and hinted at the possibility of a cut in rates. The net result is a global environment that now allows our own Reserve Bank MPC to consider a cut to the repo rate.

Inflation has also surprised on the downside consistently in SA. Inflation has come in below the MPC’s one year ahead forecast for eight quarters in a row and as things stand, it’s looking as if it will be the case for the current quarter too.

In addition, a likely cut in the domestic petrol price at the beginning of July should see 12-month petrol price growth dropping from 11% in April to -1% in July, helping to keep consumer inflation contained over the next few months.

The forward market has responded and is now pricing in more than one 0.25 percentage point cut from the MPC by year-end. The combination of a meaningful decline in the petrol price and a cut in the repo rate will no doubt provide relief to consumers, who have been under significant pressure this year.

The mystery at the long end

The mystery lies in the long end of the yield curve in SA. Despite persistently low inflation and indications that the next move in the repo rate will be down, the yield curve remains fairly steep.

This is particularly anomalous when compared to emerging market and developed market peers. Presumably, this partly reflects concerns around funding Eskom and other SOEs, rather than explicitly reflecting inflation expectations.

The decline in long-term rates around the world – reflecting declining long-term inflation expectations – has come at a very fortuitous moment for SA. Without it, the government long bond yield in SA would be trading significantly higher than it is, given the current domestic fiscal position.

Structural reform that addresses the Eskom funding question should see SA long bond yields “catch down” with our global peers.

The risk is that global growth slows down much more first. However, there is still some way to go before we see a repeat of the 2016 slowdown, when global growth temporarily dropped below 2% (current high frequency data suggests global growth is running at 2.9%). In addition, the recent loosening of financial conditions across major markets should see growth start to pick up.

As things stand, there is a sweet spot of mediocre global growth and lower than expected inflation and lower interest rates across the world. A period of inflation remaining contained across the globe offers the opportunity for both lower short and long rates in SA. Lower costs of funding will offer much-needed assistance to both consumers and corporates. In short, SA has been gifted a cyclical opportunity from the world. 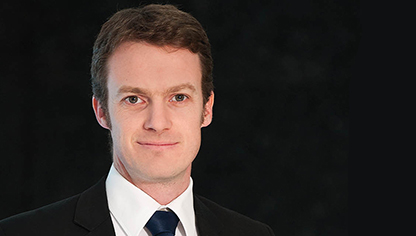