Some of the most exciting developments in global technological change are likely to be seen in emerging and frontier markets, particularly as these markets are able to ‘leapfrog’ using technologies and applications. While investment opportunities will develop with time in these economies, the best path may be to invest in the technologies themselves.

As a result, direct portfolio investment in emerging or frontier economies may not be the best way to gain exposure to these new and exciting technological advances in the near term, but rather investments into these sectors directly in developed economies.

In the long term, however, those developing economies that adopt and integrate emerging technologies into their socio-economic systems will outperform those that don’t on the growth and productivity fronts.

Here we like Kenya and Rwanda as leading adopters of frontier technologies in sub-Saharan Africa.

Those developing economies that adopt and integrate emerging technologies into their socio-economic systems will outperform those that don’t on the growth and productivity front.

Investment in emerging (EM) and frontier (FM) economies has been a major theme of the past two decades. Massive amounts of capital flowed into emerging economies during the 1990s when the Chinese economy and Asian tigers were opening up and becoming more productive, followed in the 2000s by booming US and European housing markets that helped stimulate a worldwide commodity and energy boom.

Together these global trends reinforced rapid growth in emerging economies, which led to a growing middle class that helped to lower political risk in these economies. The mix of lower risk, coupled with outsized returns, galvanised a wave of investment flows to this investment strategy, but this strategy came unstuck around 2012 when the global commodity boom turned to bust - which coincided with a growth slowdown in emerging economies.

The MSCI FM and EM indices collapsed by 65%and 60% respectively in 2008, while the MSCI G7 index dropped 26%, but the former rebounded far more strongly while the emerging market growth theme was still alive.

By mid-2011 the MSCI FM and EM indices had managed to rebound strongly off their lows, still handily beating the MSCI G7 index over the prior eight years.

This investment theme changed around mid-2011 and since then the MSCI and EM/FM equity indices have steadily underperformed G7 indices.

Our hypothesis is that during this period, a self-reinforcing bullish feedback developed with loose monetary policies in G7 economies fuelling a housing boom in advanced economies. This drove commodity demand higher and boosted emerging economies, which were mostly still reliant on commodity exports terms of trade and growth profiles. This, in turn, attracted investments into and growth of other areas of these emerging economies.

As the housing and commodity bubbles burst between 2007 and 2011, all the tailwinds that supported growth and investment flows to emerging economies turned into headwinds.

Keep an eye on the edge of the technological frontier

Meanwhile, technological frontiers have been progressing rapidly in advanced economies.  Innovators combine software, hardware, and the internet in a way that has changed interpersonal relations through online social networks.

The major innovators in this area are the likes of Facebook, Apple, and Google.

Advanced economies are facing a demographic and productivity crisis as baby boomers are set to enter retirement.

This has catalysed new innovations in the field of robotics and artificial intelligence, where most mundane manual factory work can now be automated, reducing the impact of a shrinking workforce on productivity and growth. Boston Dynamics, now owned by Google, and Rethink Robotics are major innovators in this field.

Furthermore, with the global financial system on the precipice of collapse in 2008, major central banks embarked on unprecedented monetary intervention. In the same year, Satoshi Nakamoto released a whitepaper introducing the technology behind Bitcoin, a version of electronic cash that allows online payments to be sent directly from one party to another without going through a financial institution or central bank.

As experts began to warn about the impact of climate change and worldwide risks to food security, innovators poured capital into genetically modified organisms (GMOs) to produce food variants that are more resistant to disease and less reliant on water.

Facing these various challenges, innovators in the advanced economies have started to create solutions that simultaneously alter the developmental patterns of old. This has dislocated economic development patterns that have a direct impact on investment patterns in developing economies.

It's important to note that investment returns in these frontier technologies have led the outperformance of the overall MSCI G7 index since 2011.

The Nasdaq internet index, Nasdaq Biotech index, and Indxx Global Robotics and AI index are all up around 100-200% since mid-2011, compared with the MSCI G7 index’ 50% gains (see graph 3 below).

We’re excited about frontier and emerging economies that integrate frontier technologies into their social and production structures, expecting that these will be the economies that produce the most invigorating and rapid generational change to their economies (in a similar way that China managed in the past two decades).

In our view, those countries that embrace frontier technologies with open arms, such as Kenya and Rwanda in sub-Saharan Africa, are likely to be the strongest economic performers in the next few decades.

The fact that this technological innovation is happening predominantly in advanced economies before being scaled to and adopted in emerging economies, means that this investment opportunity will reside in developed economies, before developing economies benefit from the growth and productivity benefits these technologies bring.

How to invest in this theme

To profit directly from the companies at the forefront of innovation and the scaling of frontier technologies around the world, one, for now, has to invest in related companies listed in developed economies such as the US, Japan, UK, and Europe.

If one is to take a longer-term view and wants to invest in economies that adopt these technologies in order to boost productivity and growth in sub-Saharan Africa, one way to do this would be through a basket of investments with holdings in each of Morocco, Mauritius, Kenya and Rwanda.

These are the countries where the opportunity to “leapfrog” through new technologies is the greatest. 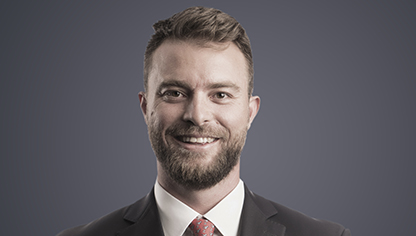 Chris commercialises decentralised blockchain technologies and digital assets for the benefit of Investec Private Banking clients. In his previous role, he was an economist and strategist conducting research for large corporates, asset managers and hedge funds for a decade before entering blockchain technologies full time in 2017.

We believe in forming life-long partnerships with you. We ensure that each client experience is personal and Out of the Ordinary.

Our products serve all your business needs so you can focus on building and running a successful company.

Let Investec handle the groundwork so you can focus on investing in your client relationships as an intermediary.